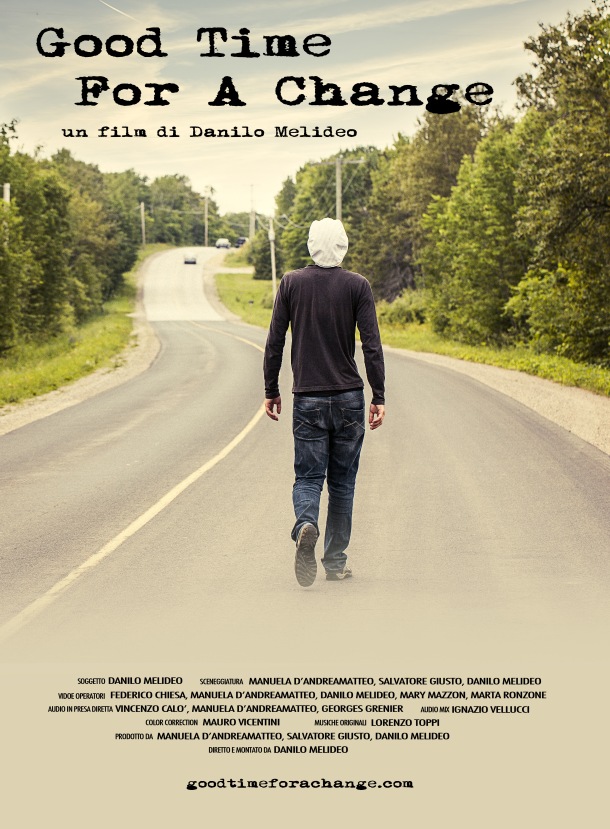 The Italian Contemporary Film Festival of Toronto and the Ethnography Lab are honoured to invite you to the Canadian premiere of “Good Time for a Change”, the first ethnographic documentary by Salvatore Giusto, Danilo Melideo, and Manuela D’Andreamatteo.

The screening will take place at the TIFF Bell Lightbox theatre at 9:30 pm on June 17, 2015. In order to participate, please book your ticket online using the following link BEFORE April 30, 2015. Online pre-booking is mandatory. We hope to see you there!

“Good Time for a Change” is an ironic ethnographic documentary focusing on the story of Danilo, a young wanna-be Italian immigrant to Canada. The film explores the troubling conditions of life in contemporary Italy that push Danilo to make the journey to Toronto, as well as his initial wonder and final clash with the Canadian reality through his experiences in the fast-paced metropolis, and the breathtaking forests of northern Ontario. “Good Time for A Change” illustrates the various phases of the migrant experience, investigating the global dimensions of labour and identity, while Danilo searches for a personal alternative to the dominant neoliberal social landscape.

Salvatore Giusto is a PhD student in Socio-cultural Anthropology at the University of Toronto. His academic interests focus on political anthropology, economic anthropology, and on the overall study of Italian, North American, And European cultures. As a scholar, he is author of “La Fabbrica dei Sogni: Italian Cinematography, Collective Memory, and National Identity” (Visual Anthropology, Vol. 24, 2011). As a literary author, he published “Ritzomena. Cose che danzano” (Lubrina Edizioni, 2000) and, with Donato Losa, “Le Ragazze non guardano lattai” (Sperling and Kupfer, 2003).